From 2011 he worked as a Consultant ENT surgeon at two of Western Australia’s teaching hospitals – Royal Perth Hospital and Fremantle Hospital for one and a half years. During this time he was also a visiting ENT surgeon to rural and remote Western Australia, with an interest in Indigenous Ear Health.

In 2012 he left for Canada to pursue further specialist training as a Fellow in Otology and Skull Base Surgery at Sunnybrook Health Sciences Centre in Toronto. Under the guidance of Dr. Joseph Chen, Dr. Julian Nedzelski and Dr. Vincent Lin, he worked in one of the busiest tertiary adult ear surgery centres in Canada for 2 and 1/2 years. Sunnybrook runs the largest Cochlear Implant program and Acoustic Neuroma service in the country. During his time there, he became the inaugural J Pearson Fellow in Otology and Skull Base Surgery and helped to establish several new research projects.

He is the current ENT Clinical Lead in the Kimberley Region of Western Australia, Medical Advisor to the Ear Science Institute of Australia and on the editorial board of the Australian Journal of Otolaryngology.

He is also a Clinical Associate Professor in the Division of Surgery, Faculty of Health and Medical Sciences, at the University of Western Australia 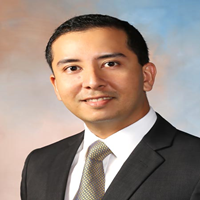