Mr Sinnathamby is a trained General and Breast Surgeon with interest in all malignant and benign breast conditions. His other scope of practice involves a wide range of General Surgery including hernia repairs, laparoscopic surgery, bowel surgery, gastroscopy and colonoscopy.

He began his career in Malaysia with Bachelor of Medicine and Bachelor of Surgery at University Malaya, Malaysia in 2000 and subsequently trained in General Surgery in the same university in 2008.  Following that, he worked as a Consultant General Surgeon for 4 years before migrating to Perth, Australia in 2012.

During his 5 years stay in Perth, Mr Sinnathamby worked as a Trauma Fellow in State Major Trauma Centre in Royal Perth Hospital and subsequently as a Breast and Oncoplastic Surgery Fellow in a high volume Breast Unit in Sir Charles Gairdner Hospital.  He was awarded FRACS in beginning of 2017.

Mr Sinnathamby moved to Darwin in February 2017 as a Consultant General and Breast Surgeon in Royal Darwin Hospital with current private practice in Central Specialist Clinic, Darwin Private Hospital.  He is actively involved in teaching of junior medical staff and medical students as well as in research. 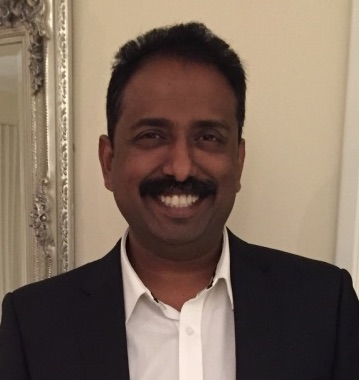