Many reports and statistics have passed under the bridge since the national apology and one can be forgiven for feeling a sense of water treading as we continue to grapple and make headway with Close the Gap targets.

Each year we are afforded an opportunity to reflect, rethink and recalibrate strategies and approaches to move forward on the journey towards Close the Gap.

This year I thought I would share with you all my reflections and observations.

Included to provide context to these observations is a The Weekend Australian newspaper article (March 17-18, 2001).

At the height of the emotionally charged national discourse around the merits and non-merits of the removal policies, I decided to approach The Weekend Australian  with a proposal to profile my grandmother and mother who pioneered the Stolen Generation movement in the Northern Territory.

What The Weekend Australian  article does not mention, is my mother remained very close with a number of the non-Aboriginal administrators of the Retta Dixon home (the home in which my mother along with other children were taken after being removed). She showed no malice towards them. In fact, I suspect one of the non-Aboriginal administrators when becoming aware of my grandmother’s attempt to contact her daughter facilitated the reconnection.

As you will see with the pictures of my grandmother and family, I have had the unique experiences of being exposed to the full spectrum of issues impacting First Nations Australians from an urban, regional and remote perspective. 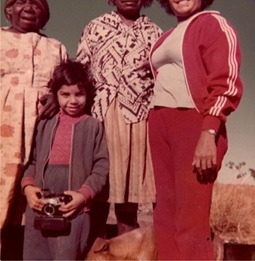 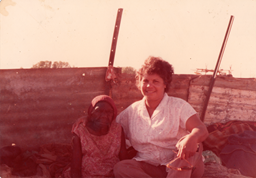 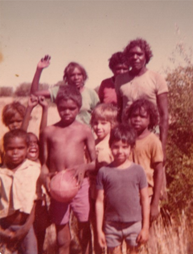 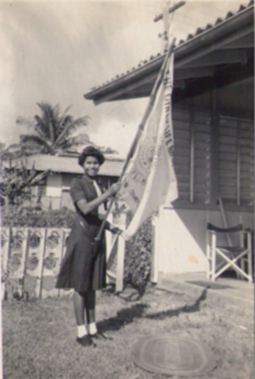 For instance, my grandmother spoke very little English and experienced the first days of colonisation in the Northern Territory firsthand.

When examining the picture of my mother with her grandmother keep in mind this picture was taken in 1980/81. When this picture was taken the Apple computer and the Sony Walkman were just invented, it was seven short years before Australia’s bicentennial, and six  years after the introduction of the Racial Discrimination Act 1975.

Observing my mother’s and grandmother’s interaction with the world was the catalyst of my fascination with what I would later term the knowledge transfer and acquisition process. The  observation which never left me was how my mother was able to navigate the world and avoid abject poverty while our own flesh and blood family were constantly vulnerable to the world’s demands and lived in extreme abject poverty and all the trappings which go along with it.

I know for a fact my family did not want to be victims of the poverty cycle and were supportive of the then Community Economic Development Program (CDEP) - essentially a work for the dole scheme initiated and embraced by Aboriginal communities throughout the Northern Territory during the mid-1970’s.

The reality was, embracing the CDEP did not require abandoning language, kinship system or culture, the two worlds could coexist. My grandmother and  other community members understood the importance of adapting to change and understood facilitating children acquiring education was crucial. Therefore, since the early 1970’s children where sent to boarding schools in Darwin and Alice Springs.

As evidenced by the actions of elders in the 1970’s; the desire for education existed, the question is why then is the desire not being achieved?

The answer to these questions are complex and too involved to canvas in a small reflection piece, however I would finish by asking when reflecting upon RACS commitment to Indigenous health, National Sorry Day and Reconciliation week consider how the poverty cycle came about in First Nations Australian communities.

Damien Loizou is from the Walpiri nation of Central Australia. He is a Senior Project Officer with RACS Indigenous Health.