Charles Milne is a vascular and endovascular surgeon based at the Alfred Hospital and Cabrini Hospital, Melbourne. He also visits Bendigo for consulting sessions on a monthly basis.

Charles is a specialist in both open surgery and minimally-invasive endovascular techniques for the treatment of arterial and venous conditions.

Charles completed his final year of vascular surgery training at the Alfred Hospital in 2013, and successfully sat the vascular surgery examinations for fellowship of the Royal Australasian College of Surgeons (RACS) in the same year. In 2014, he completed a 12-month fellowship at the Alfred Hospital under the supervision of Mr Geoffrey Cox. During this time, he was awarded the Sam Mellick Travel Scholarship from the Australian and New Zealand Society for Vascular Surgery (ANZSVS) and the Hugh Johnston Travel Grant from the RACS. These awards helped support a 6-month fellowship in 2015 at the Aortic Centre, CHRU de Lille, France, under the supervision of Professor Stéphan Haulon. This centre is a world leader in the minimally-invasive endovascular treatment of complex aortic aneurysmal disease using fenestrated and branched endografts. Whilst in Europe, Charles sat the European Board of Vascular Surgery (EBVS) fellowship examinations. He completed the exam with honours and received the award for the top-scoring candidate.

Charles maintains a keen interest in clinical research, and is the author/co-author of multiple book chapters and scientific journal articles. He is a regular presenter of papers in vascular surgery at both national and international scientific meetings. In 2011, Charles completed 12 months of his vascular surgery training at the John Radcliffe Hospital in Oxford, United Kingdom. Whilst there, he was awarded the prestigious Harvey Prize from the Royal Society of Medicine, London, after presenting his paper on the management of endoleaks following endovascular aortic aneurysm repair. Later that year, he was invited back to the Royal Society of Medicine to present his paper at the international 2011 London Cardiovascular Symposium. In 2013, during his final year of vascular surgery training at the Alfred Hospital, he won the D S Rosengarten Surgical Trainee Research Prize after presenting his paper on thrombin injection for the treatment of pseudoaneurysms.

Charles is currently working towards a Master of Surgery (by publication) through Monash University, under the supervision of Professor Wendy Brown. Based on his work in France, his thesis examines the application of inner-branched endografts for the treatment of aortic arch aneurysms following open ascending aortic replacement for type A dissection. 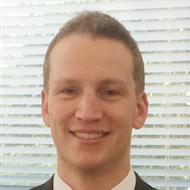