Dr Wood is an Ear Nose and Throat surgeon with a special interest in paediatric ENT and airway disorders and management.

He returned to Adelaide in July 2018 after specialty training interstate and overseas.  He consults at Adelaide and Hills ENT, and in Mount Barker.  He is appointed as Visiting Medical Specialist at the Women's and Children's Hospital, North Adelaide and at Flinders Medical Centre, Southern Area Local Health Network.

He has keen interests in all aspects of paediatric ENT including sleep disordered breathing, head and neck masses, nasal disorders and ear disease.  His special interests include the management of paediatric airway disorders, salivary gland disease and vascular malformations.

Graduating from the University of Sydney School of Medicine, Australia's oldest, and one of the world's top 20 medical schools.  He completed his internship in Adelaide at Flinders Medical Centre, where he developed an interest in ENT.  This interest took him to Perth, where he completed his surgical training under the Royal Australasian College of Surgeons, gaining his Fellowship in Otorhinolaryngology, Head and Neck Surgery in 2017.

He completed a Masters of Surgery from Flinders University for his research in laryngopharyngeal reflux, and was subsequently was awarded the Gordon Baron-Hay Medal (formerly the RACS Registrar's Award) in 2013 for this research.

During this time he was the surgical assistant in the first transoral robotic surgery to be conducted in Western Australia, and was a sessional lecturer at Curtin University in Speech Pathology.

With diverse interests in addition to medicine, he has Honours degrees in Psychology, and English literature.  He has a keen interest in road and mountain biking, and is learning the guitar.  He is married with 2 children. 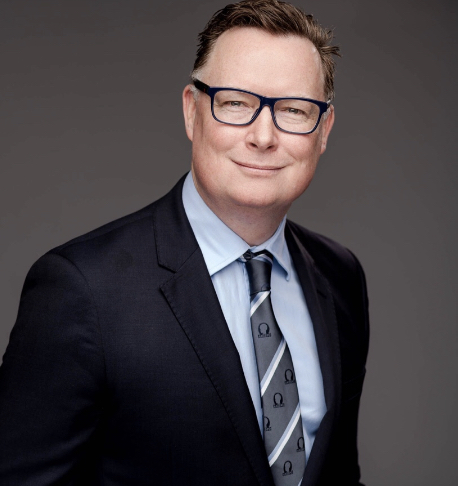