He obtained his Fellowship in Vascular and Endovascular Surgery and worked as a Consultant Vascular and Transplant Surgeon at Austin, Northern and Epworth Health in Melbourne before moving back to Sydney at the request of his wife. As they say 'happy wife, happy life'......

Mayo has an interest in minimally invasive endovascular surgery which was nurtured during his years at Royal North Shore Hospital Sydney and Royal Prince Alfred Hospital Sydney which have a long history of innovation in this field.

His special interests include:

He has presented in international meetings and peer reviewed journals. He takes interest in teaching medical students and surgical trainees. He is involved in the General Surgery selection of candidates for advanced training via the interview process.

He has spent time abroad with centres of innovation and excellence in Hong Kong and London to see how processes can be translated to his practice back home in Sydney.

Mayo is a member of Australian Medical Association, The Royal Australasian College of Surgeons and the Australian and New Zealand Society for Vascular Surgery.

When time permits he enjoys the outdoors with his wife Komathy and his mini dachshunds, Schultz & Otto (#schultztheminidaschund #ottotheminidoxie). His interest are in vintage cars and dreams of owning a car from the 1960's! 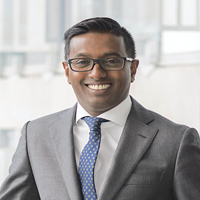