I graduated in Medicine from the University of Otago, New Zealand in 1992. After several years at Royal Prince Alfred Hospital in Sydney, I returned to New Zealand to complete my Surgical training, being awarded the FRACS in 2001.

Since 2004 I have been a Consultant General Surgeon In Perth, Western Australia. I have worked at Fremantle, Armadale, St John of God Murdoch and Bethesda Hospitals. 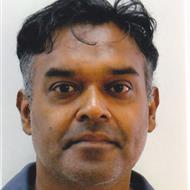