Chris is a specialist Plastic & Reconstructive Surgeon based in Christchurch combining both private and public practices.

He completed his medical degree from Otago University in 1994. In 1996 he was awarded the Gordon Gordon- Taylor gold medal for gaining the top mark in the Royal Australasian College of Surgeons examinations. Admitted for training in Plastic and Reconstructive Surgery he completed his New Zealand based FRACS in 2004 and then furthered his studies in Oxford, UK, in 2005. In 2006 he worked at the University of Southern California, Los Angeles, as a Visiting Plastic Surgery Professor where his experience and knowledge was sought to set up an applied training program, to train and up skill the largest plastic surgery teaching unit in the United States. During this time Chris gained considerable experience from his Los Angeles colleagues in the diverse fields of cosmetic surgery and breast reconstruction.

Chris was invited back to work in his home town of Christchurch later in 2006 and was appointed as a Consultant Plastic Surgeon at Christchurch Public Hospital, started as a Clinical Lecturer at the Christchurch School of Medicine, and opened his private practice. Chris has operating privileges at St George's, Forte and Southern Cross Hospitals in Christchurch.

Chris has worked alongside his Pacific Island Surgical colleagues since 2009 to progress surgical care and outcomes through education and self sufficiency. 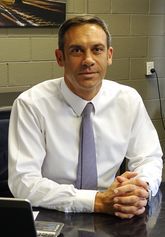