Although born in Perth at St John of God Subiaco Hospital, Paul was raised in Carnarvon where his parents owned and operated a successful Banana, Mango and Sweet-corn farm. He attended St Mary’s Star of the Sea primary school, and completed his secondary education at St Patrick’s College in Geraldton in 1989. Tertiary studies later started at the University of Western Australia, where Paul completed a Bachelor of Science degree with honours (1990-1993), worked as a Research Assistant (1994-1996) before gaining entry into Medicine (1996-2001).

Paul completed his Internship at Royal Perth Hospital (2002), worked in a variety of surgical sub-specialities, before deciding on a career in Otolaryngology, Head and Neck Surgery (2006). Following extensive training in Adelaide, Darwin and Perth, he was awarded the Fellowship of the Royal Australian College of Surgeons (FRACS) in Otolaryngology, Head and Neck Surgery in 2011. Most recently, Paul completed a Paediatric Otolaryngology Fellowship at Starship Children’s Hospital in Auckland, New Zealand.

His current research interests include obstructive sleep disorder and Indigenous children’s ear disease. He is also enthusiastic about the opportunities for rural patients with the development of Telehealth Clinics and a visiting Rural Paediatric ENT service.

Paul has an active role in teaching medical students from the University of Western Australia and University of Notre Dame, junior medical staff and the ENT surgical trainees. 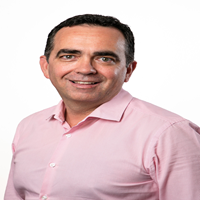