Nick Rukin is a Consultant Urological Surgeon. He completed his primary medical degree at the University of Birmingham, in the United Kingdom. Having completed his basic surgical training at the University Hospital of North Staffordshire, he completed his post-graduate Doctorate of Medicine degree into the role of ‘Genetic and Environmental factors in the Development of Prostate Cancer’ at Keele University. Following this, Nick entered higher urological training in the West Midlands area of the UK. During his training he was awarded the prestigious Gold Medal for excellence at his Intercollegiate Urological Fellowship examination at the Royal College of Surgeons of Edinburgh. Nick subsequently undertook an Endourology fellowship at

Fremantle Hospital in Western Australia in 2013, enhancing his skills and interest in kidney stone management.

He was initially appointed as a full time public urologist in the National Health Service for three years before moving to Queensland in 2016. Nick has completed and been awarded the Royal Australasian College of Surgeons fellowship in Urology. He works as the Director of Urology at Redcliffe Hospital, Metro North as well as having a strong interest in medical education and urological research. Nick is the clinical lead for ‘Urological 3D printing’ research at the newly established ‘Herston Biofabrication Institute’. He has developed several smartphone medical apps for urological trainees, is a member of several urological journal editorial boards and was the national lead for undergraduate urology in the UK between 2015 and 2017.

Nick has published extensively in the medical literature into kidney stone research and established a national training course for kidney stone surgery. 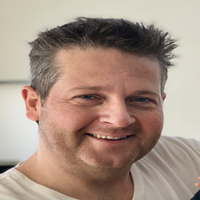