Mr. Trung Pham graduated from the University of Melbourne’s Medical School in 1991. He was admitted as a Fellow of the Australian and New Zealand College of Surgeons and a Member of the Urological Society of Australia and New Zealand in 2001.

Mr Pham had his general surgical and urological training at the Royal Melbourne Hospital and Monash Medical Centre from 1992 to 2000. In 2001 he undertook a year of clinical and laboratory prostate cancer research at the Princess Alexandra Hospital Brisbane and he was an Associate Lecturer at The University of Queensland Medical School. The following year he was awarded with both The Royal Australian and New Zealand College of Surgeons Foundation Travelling Scholarship and The Urological Society of Australia  New Zealand Travelling Fellowship enabling him to spend time at the Institute of Urology in London UK.

Mr Pham has been a consultant urologist/urological surgeon at Monash Health and Latrobe Regional Hospital since 2002. He also has been in private practice in the South East Victoria. He has expertise in comprehensive prostate cancer diagnosis and management, Holmium laser surgery for benign prostatic enlargement and minimally invasive treatments for renal stone disease including laser flexible ureteropyeloscopy, lithotripsy and percutaneous surgery. He is one of the most experienced Prostate Laser surgeons in Australia with an extensive experience in the procedure of Holmium Laser Enucleation of Prostate (HoLEP). He has been doing HoLEP since 2003. HoLEP is now becoming the gold standard in the surgical treatment for bladder outflow obstruction due to benign prostatic enlargement. 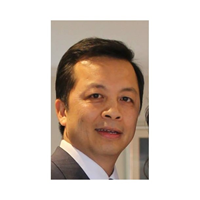