'Two days ago I saw a patient. She'd seen another surgeon prior to coming to our clinic and she said, "You know, we had our consultation and that was great, but afterwards I saw how he spoke to his receptionist, and I thought, I do not want that man to touch me.' - Rhea Liang, General and Breast Surgeon, Gold Coast, Australia

This situation really hit home for the Gold Coast consultant who is committed to supporting the College's work on driving behaviour change within her profession.

"The way that surgeons treat their staff and their trainees is no different to the way that they treat their patients and that's what makes this important to me. Because in the end it comes back to the patient."

Rhea said the hierarchical history of surgery had played a part in perpetuating damaging behaviours within surgery when it came to the respectful treatment of others.

"There's been a lot of excusing of that sort of behaviour, of unprofessional behaviours, as long as the surgeon could operate. Because it was hierarchical, people who were not at the top of the pyramid felt unable to speak out," she said.

"It's amazing to think that the sorts of behaviours that have been forgiven within the surgical theatre for a long time would be completely inappropriate in any other professional setting."

"So the sorts of standards that you would expect from your checkout operator, or from any other member of the public in a service profession, I think that we should expect the same from our surgeons."

For Rhea, now is a great time to be a surgeon.

But it's not just the technical and scientific aspects of her work making Rhea feel positive for the future. She is pleased to see the College taking action in the way it is in addressing bullying, discrimination and harassment.

"I think for a large proportion of surgeons who already behave very well, that it will merely really reinforce what they already do. There will be a group of surgeons who will find it confronting and will achieve behaviour change too," she said.

"I think there's the potential for us to become a leader in this space." 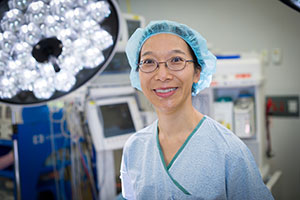 Most of my colleagues, and most of the surgeons I know, went into the job because they wanted to look after patients and support them - if they start feeling that their workplace is a hostile place, then they're not going to have that same passion, and if you don't have your passion for your patients, you're not going to deliver good care.' - Ros Pochin, General, Breast and Endocrine Surgeon, Nelson, NZ

Ros Pochin has been a consultant for eight years and is reflecting on her time in theatre.

"But it's very hard to call people out in that situation, and most of us - myself included - will tend to avoid the conflict involved in that."

But the New Zealand surgeon says she is pleased to see the tide changing when it comes to stamping out discrimination, bullying and sexual harassment and disrespect within her profession.

"I feel that we are really now moving into an era where we're realising that actually, it's important that we say when something's not ok so that behaviour doesn't carry on," she said.

For Ros, continuing inappropriate, angry and hurtful behaviour is just not an option. Not only is it wrong, but also it puts unnecessary risk on patient safety.

"If you go about things in a way that isn't respectful, then people don't feel able to say things when things are going wrong, and that can lead to loss of situational awareness," Ros said.

"That can lead to, unfortunately, a pyramid of errors that can go unchecked and unwarranted because nobody wants to say anything. And that's really damaging."

Ros said she was pleased to see the College making a real push to try and change these behaviours.

"A lot of times I've heard from other people, 'Oh well look, all professions have this issue, all different specialities,' and that may well be true, but that doesn't make it okay or acceptable for us to say that, therefore, we can be like them."

"I'm really proud of the fact that the College of Surgeons is actually saying we're going to try and change our behaviour and we're going to be a leader in this. And other colleges are looking at this work and following suit accordingly, because they can see us coming together and saying, 'It's not okay, we've all got a problem, we all need to actually pull our socks up'." 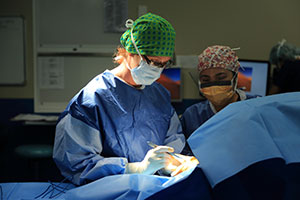 "My first reaction was, 'bullying, it only happens to someone else.' But when I had a good think about it, I recalled times when I felt bullied or when I didn't feel proud of how I'd behaved. These are not things people feel comfortable owning up to. But bullying is real. It exists and we need to recognise it and deal with it." - Jason Chuen, Vascular and Endovascular Surgeon, Melbourne, Victoria

Jason Chuen, Director of Vascular Surgery at Austin Hospital, talks about the impacts of bullying and harassment in surgery.

"A huge number of us have experienced it, but it's hard to admit it to ourselves," Jason says.

"Most of us have been through it - we've experienced it or we've seen it happen. The problem is we're not being honest with ourselves."

Jason believes that in order to see a real shift in culture across the profession, surgeons need to reflect more carefully on their own behaviours - even rethinking their understanding of what constitutes bullying and harassment.

"We need to own the problem to do something about it," he said.

"Sometimes people think of bullying and harassment as one major event, but much more often it's a pattern of behaviour with a cumulative impact."

Jason believes improving behaviour in and out of theatre will only lead to better outcomes for patients.

"Being a good surgeon means more than just being good, technically," he said.

"There are some people who believe that if the team fears them, they'll do what they're told."

"If you yell and scream and throw things around, you get what you ask for, not what you might need. People in the team are afraid to speak up. There's a difference between a compliant team and a high performing team." 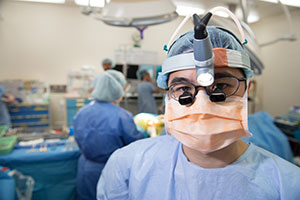 "Respect is simple - it's really just about treating people the way you'd like to be treated." - Christine Lai, Breast, Endocrine, and General Surgeon, Adelaide, South Australia

Christine Lai, Chair of the Younger Fellows' National Committee at RACS, talks about what respect means to her.

"It's about being a good role model and having a great work environment. We can make that happen if we think more consciously about how we behave every day," Christine says.

"How would you like your parents to be treated? As a surgeon, that's how you should treat your patients."

Christine believes that when surgical teams are affected by bullying and harassment, it's the patients that suffer.

"A huge motivation for improving respect and professionalism in and out of surgery is patient safety," she says.

"Because if we can't work together in a positive team, we're not as efficient and we're not as focused, and there will be negative outcomes for patients."

Christine believes the future of the profession depends on shifting the current culture to one where young surgeons and trainees feel supported to ask questions, contribute to the team, and develop into the best surgeons they can be.

"We want to encourage people to choose surgery as a profession. Medical students are interested, but they get turned off by the culture they see."

"We'll miss out on the best young doctors if we don't do something to fix it," she said. 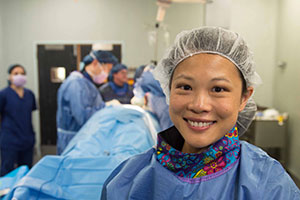 Back to Information and updates